The Yase Doji is a name referring to a certain 'group of spirits', as well as a name referring to any member of that group. Also, they were spirits that could only be used by the royal family of the nation. Martyred souls that served that 'bloodline' during their life became guardians and still served that 'bloodline' after death. Only those guardians were Yase Doji.

Takiko used them against Daizen Amami. 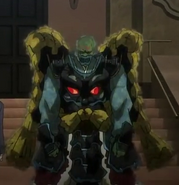 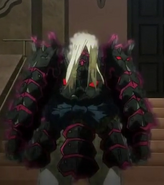 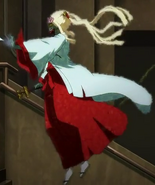 Add a photo to this gallery

The second form are humans reincarnated as Shikigamis. 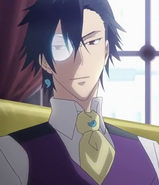 Kumomaru, formerly Chihiro Mutobe
Add a photo to this gallery

Retrieved from "https://tokyo-ravens.fandom.com/wiki/Imperial_Pallbearer?oldid=7989"
Community content is available under CC-BY-SA unless otherwise noted.