This article is a stub. You can help Tokyo Ravens Wiki by expanding it.

Taira no Masakado (平 将門, Taira no Masakado?) is the Souma Clan's ancestor. He is currently worshiped in Tokyo as a god. He is also a powerful and famous lingering spirit included among the three Great National Spirits.

In Japanese history, Taira no Masakado had been called the 'Imperial Prince'. A person who tried to lead a rebellion against the imperial court and who led to historic chaos.

He is an ara-mitama. A 'god' famous as a lingering spirit.

He was viewed in legend as the ancestor of the Souma. 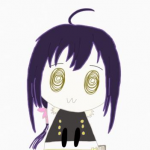